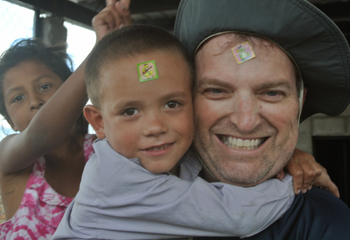 Kent (pharmacist and owner) has been in Tuttle since the early 1980s and cares deeply about this community, the state of Oklahoma, and the world.  He was a founding member of the Tuttle Area Chamber of Commerce.  He has been seen in Tuttle schools giving children presentations about his adventures in China and encouraging them to value the freedoms we have in the U.S.  He has encouraged the faith of many teens by serving as a teacher at Camp LuJo in southwest Oklahoma.  Kent has made numerous trips to Honduras to help feed and clothe some of the poorest people in the world.  In addition, he has worked on many construction crews to build houses and has dispensed medications in traveling medical clinics in Honduran villages.  While he continues to support work in Honduras, Kent also provides funds and medicines for an organization called Hope for Haiti’s Children that serves orphans and others who were devastated by the 2010 earthquake and subsequent disasters in Haiti.